Most of you probably feel you can handle some pretty upsetting stuff in films and TV shows, assuring yourself that it’s all okay because it’s simply not real.

But even the most stoic among us have our weaknesses – and the one thing we’re all powerless to withstand is a dead dog.

God, I’m getting clammy hands just thinking about it.

In fact, many people (well, my mum) will straight-up refuse to watch a film if they know there’s even a hint of something tragic surrounding a pet. 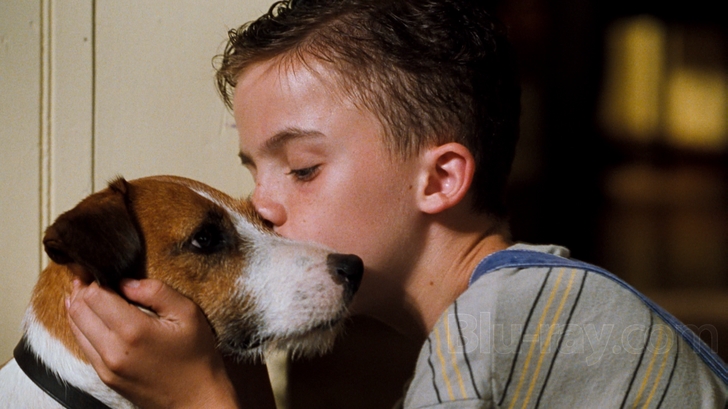 Well, folks, while we can’t change the outcome of any popular movies. There is a website out there that can at least prepare you for the inevitable.

Does The Dog Die is a site that does exactly what its name would suggest, providing ‘crowdsourced emotional spoilers for movies, TV, books and more’ so that people can get a quick heads-up on whether or not a four-legged character has a heartbreaking fate.

I Am Legend. Credit: Warner Bros

In fact, the extensive database spans 11 types of media, including movies, TV shows, books, video games and comic books. Meaning you can lead the sheltered life you crave across all manner of entertainment sources.

It doesn’t just cover dog deaths, either. The categories the website covers are also more varied than you might initially realise, not only covering the demises of dogs, cats, horses and other animals, but also other topics people might not want to see like blood/gore, ghosts, someone vomiting, the revelation that Santa isn’t real or simply an unhappy ending.

It’s also able to warn of areas that might be triggering to viewers. Including domestic violence, eating disorders, child abuse, miscarriage. Abortion, sexual assault, drug use, addiction, hate speech or even strobe effects.

The Does The Dog Die website is regularly updated with other triggers as well. Often crowd-sources information from fans over on social media.

Basically, it’s an absolute goldmine – whether you want to use it to find out. If Marley or Beethoven kick the bucket, or prepare yourself for something that might be particularly triggering regarding a subject matter close to your heart.

0
0
Your Cart
Your cart is empty
Continue Shopping